Home » Q and A » Is there any particular spiritual transmission from high priests to the next generation priests?
Q and A

Is there any particular spiritual transmission from high priests to the next generation priests? I guess there is no particular one, unlike the claims that the Nichiren Shoshu says (referring back to the “Apostolic” succession concept.).

In Zen sect, they claim that it was Daruma 達磨 who was the twenty-eighth founder of Fuhozo 付法蔵 (those who, after Shakyamuni Buddha’s death, successively inherited the lineage of his teachings and propagated them in India) and the founder of Zen Buddhism that succeeded the Right Dharma of Furyumonji 不立文字 (the thought that the status of enlightenment cannot be expressed in characters or discourses) and Kyogai Betsuden 教外別伝 (transmission of spiritual awakening without words or characters, but in a heart-to-heart way) transmitted from Shakyamuni Buddha to Makakasho 摩訶迦葉 (who is recognized as one of ten great disciples of Shakyamuni Buddha and the second founder of Buddhism). In short, their opinion is that only Zen sect inherited (Sojo) the true Buddhist teachings (Kechimyaku) from Shakyamuni Buddha and only Zen monks are now keeping the teachings in their mind. It is OK because it is just their opinion after all, but then what? How do they save people in this world hiding the Buddhist teachings in their minds? How do common people understand and practice the teachings called Furyumonji or Kyoge Betsuden that cannot be read or listened to? Isn’t it deviating from what the Buddha hoped for? We know, of course, the Buddha hoped that all people in this world would attain Buddhahood through practicing Buddhist teachings correctly just as He had done in the remote past.

Among taxi drivers in Kyoto, there is a jargon Suika Hiroi. Suika literally means a “watermelon,” and Hiroi means “picking up.” When they get a phone call from a certain temple of Zen sect to pick up, as usual, they say, “I’m going to do Suika Hiroi!” The temple is one of the head temples of Rinzai Zen sect, and lots of monks belong to the temple. Zen monks fundamentally should have slender figures because they always train their body and mind through zazen meditation and a vegetarian diet. However, most of the monks of the Zen temple are fat and their destinations are always Gion (the most popular downtown area and entertainment spot in Kyoto) to go drinking! This means, a Suika, which is really big and heavy, expresses those fat monks who like to frequent Gion, and taxi drivers in Kyoto use the jargon sarcastically just like they go to harvest watermelons. Forgive me for being talkative, but what I meant was, how can those who are not able to take care of their own health save others? There is no correct transmission anywhere in Rinzai Zen…

Nichiren Shoshu and SGI, needless to say, claim that they are the sole successor of Nichiren Buddhism creating apocryphal books or falsified Gohonzon as if they are written by Nichiren Shonin himself. They say Nikko 日興 received Yuiju Ichinin no Kechimyaku Sojo 唯授一人の血脈相承 (transmission of the heritage of the Buddhist Law to only one person) from the founder of the Sect (they claim it’s Nichiren Shonin) in accordance with Nika Sojo 二箇相承 (documents which were believed to be addressed from Nichiren Shonin to only Nikko, one of six great disciples) in 1282.

Jodo sect and Shingon sect… they are no longer Buddhism.

Practicing Buddhism, I, Nichiren, believe that it is important to use reason and the scriptural proof in order to distinguish the true teaching from false ones or to compare the superiority among the sutras. Furthermore, it is more important to have the actual proof (actual happening as proof) in addition to reason and scriptural proof.

Especially, actual proof is important for ordinary people of Mappo because we only believe what actually happened under our eyes. That is why HBS put emphasis on the manifest evidence of meritorious reward called Gensho no Goriyaku 現証の御利益.

Once an HBS beginning believer receives Gensho no Goriyaku through the Buddhist practice, chanting the Odaimoku, Namumyohorengekyo 南無妙法蓮華経 which HBS teaches, he or she definitely comes to believe that the HBS teaching is the true teaching of Buddha without any doubt. This means that one correctly followed what he or she was taught from Nichiren 日蓮聖人, Nichiryu 日隆聖人, and Nissen Shonin 日扇聖人 and inherited Buddhist teachings correctly because he or she actually accumulated the merits of enlightenment of the Buddha. In short, in HBS, priests willing to study the three great masters’ (Nichiren, Nichiryu and Nissen Shonin’s) teachings, practice them, manifest lots of Gensho no Goriyaku, and show examples of how practitioners should be to lay believers. On the other hand, lay believers watch how priests behave, listen to what priests say, and practice what they learned from priests. Then, they hand down the teachings to their posterity. Through “inheritance of faith” or “inheritance of the light of Butsuryu faith,” both HBS priests and lay practitioners inherit the true Buddhist teachings from the Buddha and three great masters. 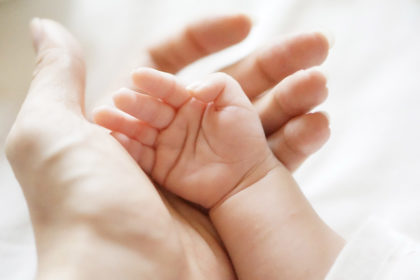 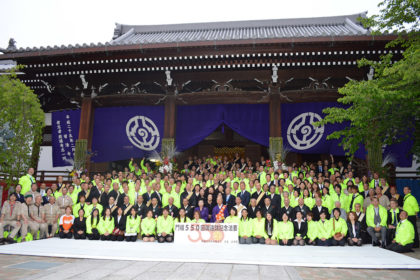 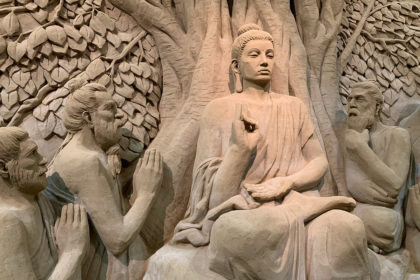 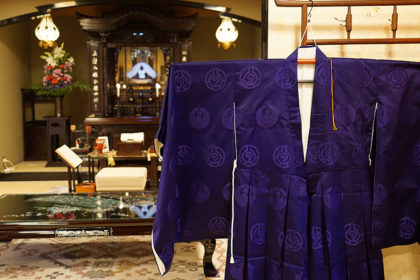 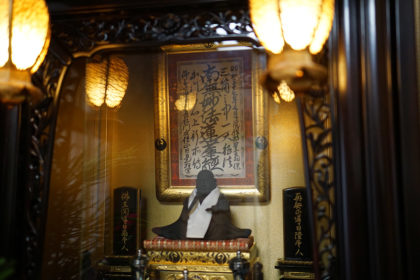 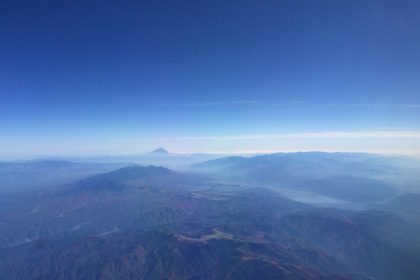 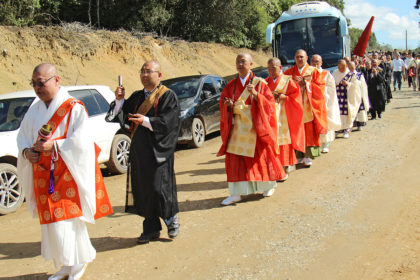 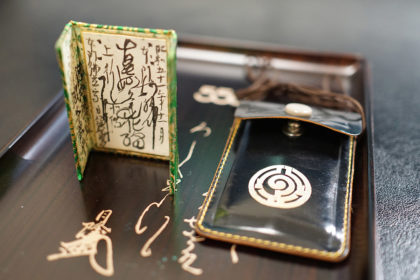