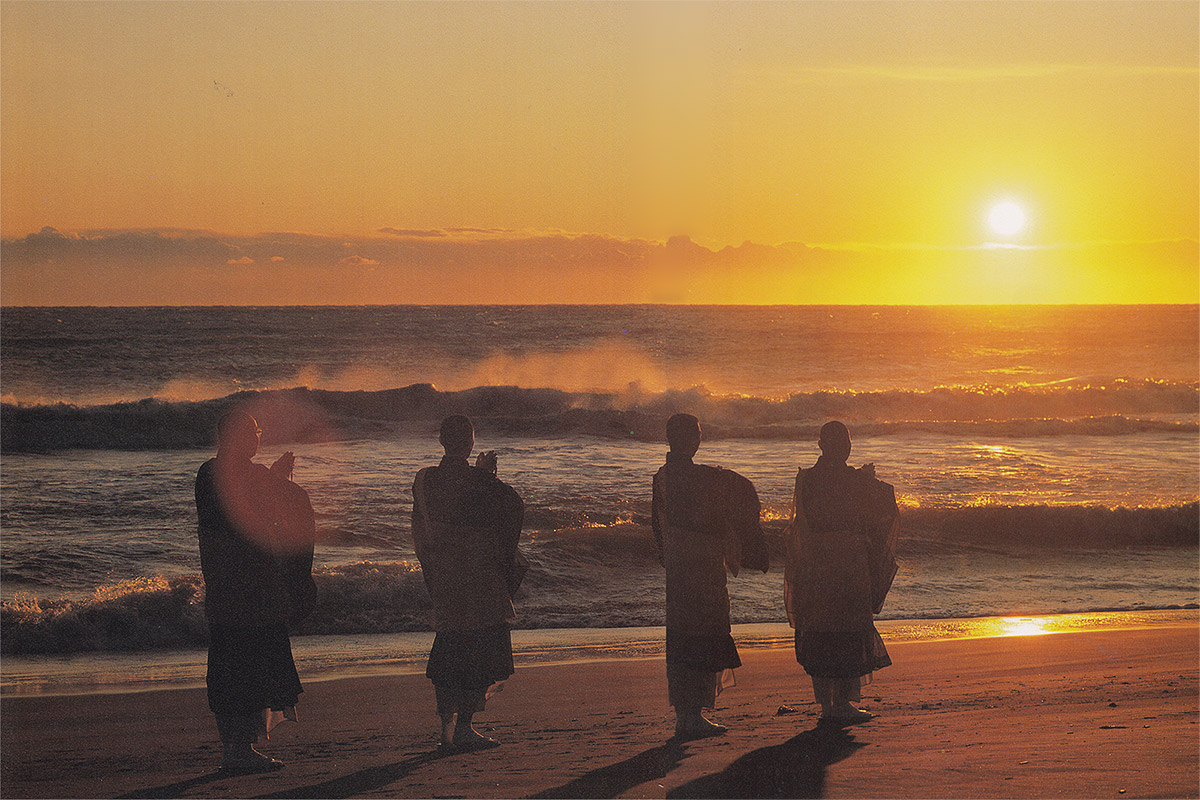 In the chapter 16 of the Lotus Sutra The Life Span of Buddha 如来寿量品第十六, Shakyamuni Buddha revealed that his and all other Buddhas’ true form is Primordial Buddha who had already attained enlightenment in the distant past. In this exalted status, he preached Honmon Happon teachings and included all the merits of his enlightenment in the Odaimoku, Namu Myōhō Renge Kyō. When he preached the 21st chapter The Supernatural Powers of the Tathagata 如来神力品第二十一, he said, “I, Primordial Buddha, am about to disappear temporarily from this Saha World. You will spread the teaching of the Lotus Sutra around the world in Mappō period on my behalf” [Translated from Japanese.], and entrusted the propagation of the Odaimoku to the group of bodhisattvas called Jiyu no Bosatsu 地涌の菩薩 led by Jōgyō 上行 Bodhisattva, who is the first and best disciple of Primordial Buddha and has served him since the distant past.

Then, when did Jōgyō Bodhisattva appear in this Mappō period (Latter Day of the Law) and how did he hand down the Odaimoku to us? As a matter of fact, Nichiren, a historical personage, was a reincarnation of Jōgyō Bodhisattva.

Nichiren Shōnin (Shōnin literally means “a great master,” an honorific title HBS members use when talking about Nichiren or other masters who contributed to the foundation of HBS) was born in Japan in 1222 and entered Seichōji 清澄寺 temple (in present Chiba Prefecture) in 1233. After a twenty-year study of Buddhism, he understood that the teaching of the Lotus Sutra is the ultimate teaching and the true intention of Shakyamuni Buddha. Therefore, in 1253, when he was 32 years old, he decided to propagate the teaching of the Lotus Sutra, the true teaching of the Buddha, around the world.

Approximately 20 years later, Nichiren Shōnin became certain that he was a reincarnation of Jōgyō Bodhisattva. In the Lotus Sutra, it is said that people who engage in propagation of the teaching in Mappō period on Buddha’s behalf will suffer various persecutions such as being exiled to a distant island, slashed with a sword, and so on. However, it is also said that Shoten Zenjin (guardian deities and kings protecting dharma) will protect the Lotus Sutra practitioner every time he or she encounters those hardships. During his missionary work, Nichiren Shōnin experienced many kinds of persecution that coincided with the predictions in the Lotus Sutra. And then, he realized that he must be the reincarnation of the messenger of Primordial Buddha, Jōgyō Bodhisattva.

That is just one more sign that Odaimoku, Namu Myōhō Renge Kyō is the true teaching of Buddhism that Nichiren Shōnin handed down to us devoting his life to propagation. So next, let’s take a look at what kind of power Odaimoku has and how great this power is for us. 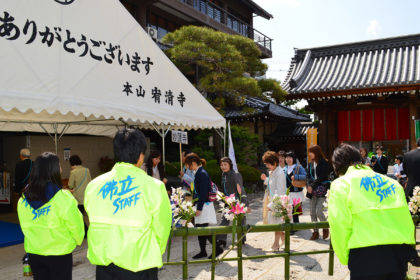 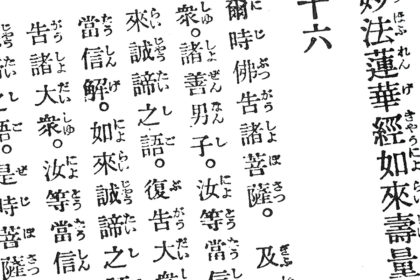 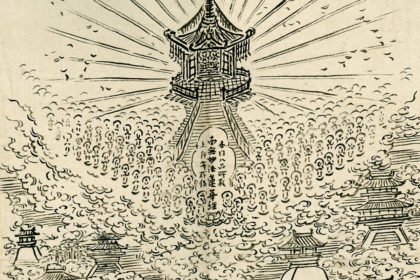