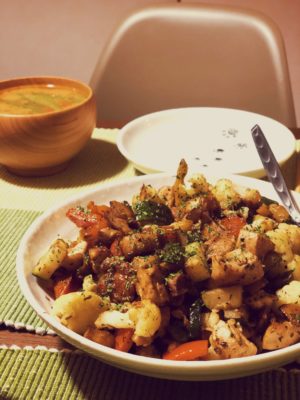 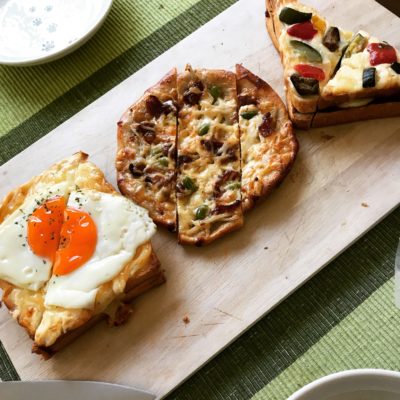 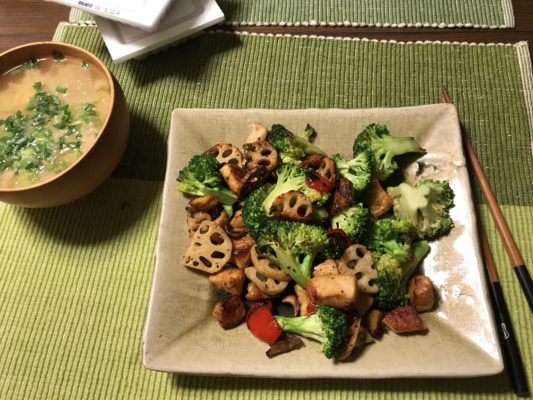 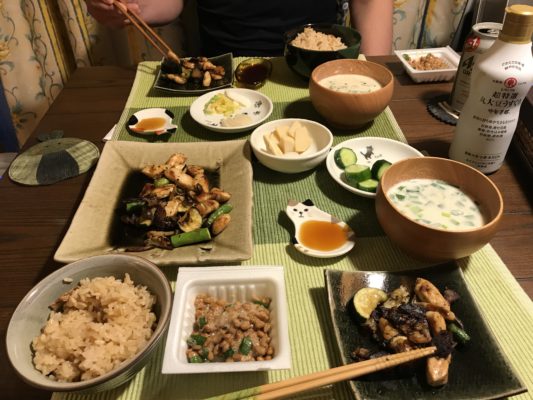 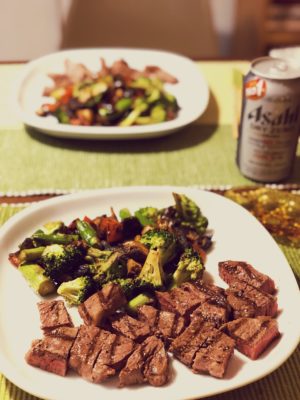 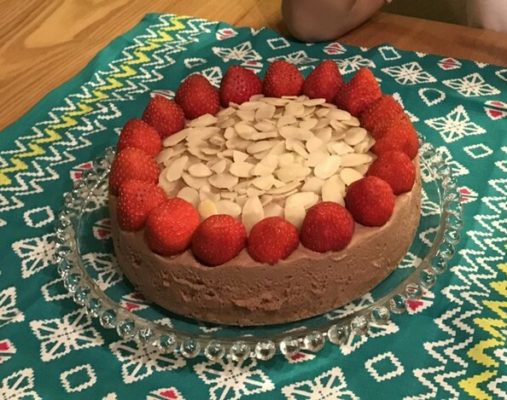 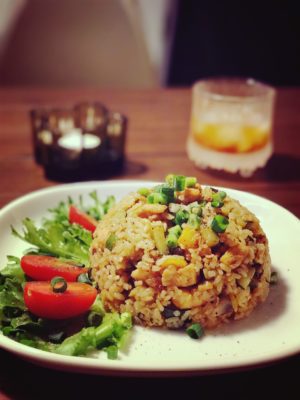 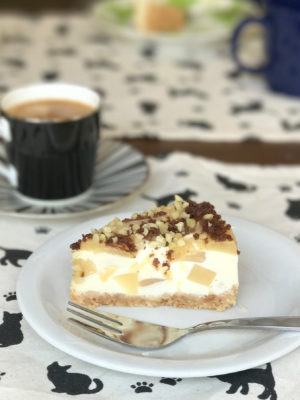 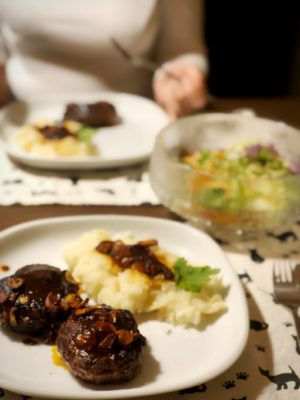 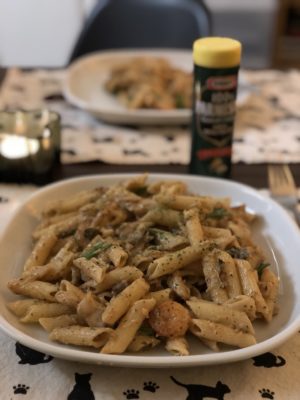 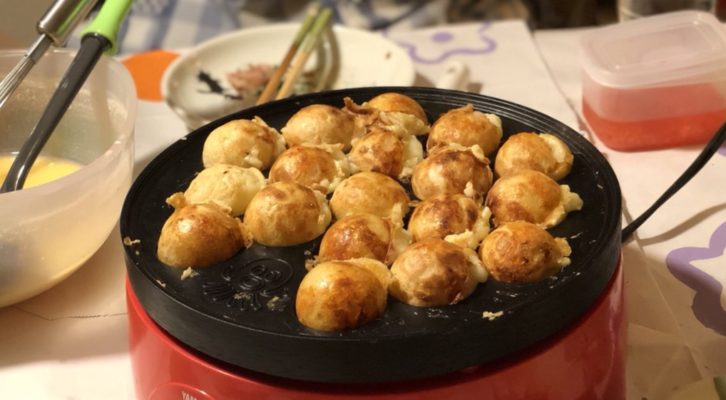 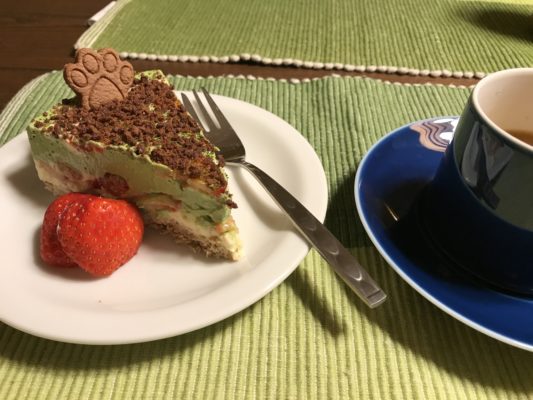 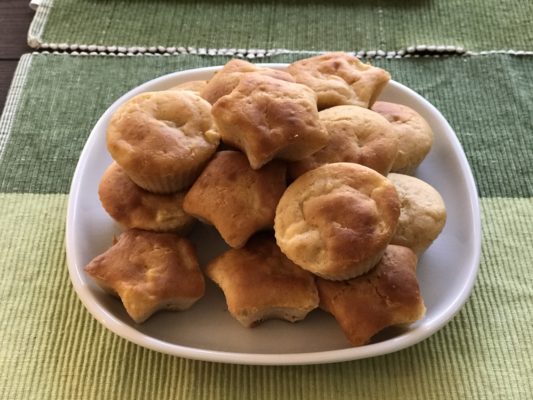 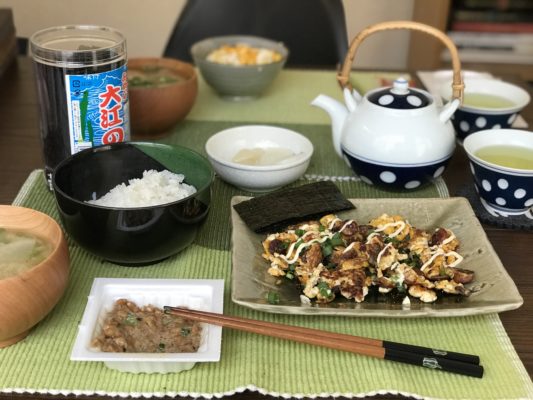 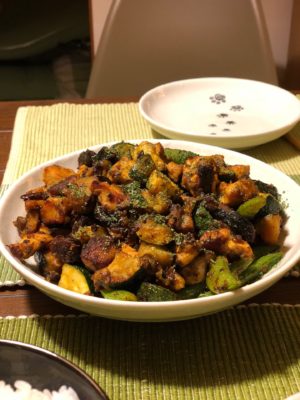 I often get asked what we eat. I mean if there are any specific rules regarding what my husband can or cannot eat as a Buddhist priest and if these rules apply to me as his wife in any way. In other words – our temple diet.

Therefore I decided to write a little about that to answer the recurring questions and clear any misconceptions and doubts.

So, let’s start with some old Buddhist ideas. As you may know Buddhism as a religion has always respected life in all its shapes and forms – plants, animals, people – you name it. Therefore killing anything is not really something desirable as you can probably imagine. In old times most Buddhists, and especially priests or monks, followed a strict diet to somehow limit that murderous impact on other lives – they were vegetarian. And there are still many Buddhist schools and individuals in the world that follow that tradition. There are some even in Japan – Zen being the most famous I suppose. The kind of food they eat is known in Japan as shōjin ryōri (devotion cuisine) and you can often find restaurants serving such dishes, usually pretty overpriced, on the premises of famous sightseeing temples – another way for them to get more money from tourists I guess.

Anyway, so yes, killing is not good, but people have to eat, right? And it’s virtually impossible to get your nutrition without ending some lives – be it animals or plants. So I suppose at some point Buddhist scholars and leaders decided if continuing our own lives requires sacrifices of other beings’ lives anyway, there is no point in limiting how we get our energy. The only thing we should not forget is to be grateful for whatever sacrifices were made in order for us to be able to get our nourishment. Being aware that some lives had to be ended for us to be able to continue ours somehow makes our life more precious – we shouldn’t waste the energy and strength we got in such a way. That’s where the Buddhist concepts of self-improvement and being helpful to others come into play. It’s all beautifully interconnected.

Coming back to food, however, to put it shortly there are no dietary limitations for Honmon Butsuryū Shū priests, but whatever they eat, they should keep the right mindset about it (what I explained above). That is not only applicable to priests though – I think it is the same for all of us.

You might have heard of the expression itadakimasu which is widely used in Japan before starting your meal. Many foreigners seem to think of it as similar to “Bon appetit”, but there are big differences. First of all, you cannot actually say it to another person who is eating while you are not eating yourself as it has the meaning of receiving so it would sound like you want them to give you their food. And secondly, it actually comes from Buddhist tradition and the gratitude we show to every life that we receive the energy from.

With this being said, there are obviously some things that any decent priest will try to avoid – such as for example getting terribly drunk or indulging in too much luxury regarding food – moderation is another good rule out there. I suppose you get the picture.

Anyway, after this long introduction, let me come back to us and what we actually eat… ^_^

So… I really love Japanese food and Ryosetsu likes Italian food as well (I suppose that’s because he lived in Italy for a few years when he was around 20 years old and it’s still very nostalgic for him). I love cooking and baking so a lot of what we eat are the things I make at home – usually pretty simple dishes. I’m trying to learn to cook Japanese food and I experiment a lot, which he often finds a little stressful, as there is no telling what is going to appear at our dinner table. I managed to make Japanese curry and hayashi rice, hamburg steaks and a few other typical dishes with varied success, but it is still much easier for me to make pasta.

There have been some funny dietary changes, though, once we started living together. For example, before we got married Ryosetsu usually had bread and coffee for breakfast (again – I suppose that habit was related to his living abroad – both in Italy and America), but I convinced him to try Japanese style breakfast (rice, natto, miso soup, etc.) and now we mostly start our days in a Japanese way with a little bit of Polish tradition included – instead of grilled fish we usually have scrambled eggs with some additions such as bacon, mushrooms or paprika. So everyone is laughing it took a foreign wife to make him eat Japanese style in the morning.

Because our breakfast usually comes quite late – between 9 and 10 – after the morning duties at the temple are finished, we rarely have any lunch or just a little snack and definitely not at the typical Japanese time of 12 o’clock. We are trying to have dinner quite early, but it is not as easy as it sounds and unfortunately sometimes we end up eating after closing the temple at 9 PM. Our dinners at home tend to be a curious mix of European and Japanese ingredients with either rice or pasta. Basically, it is all about just throwing stuff together to make it look colorful and fun.

Another side of it is that we often receive various kinds of food from the temple followers as offerings, but I’ll write more about that another time.