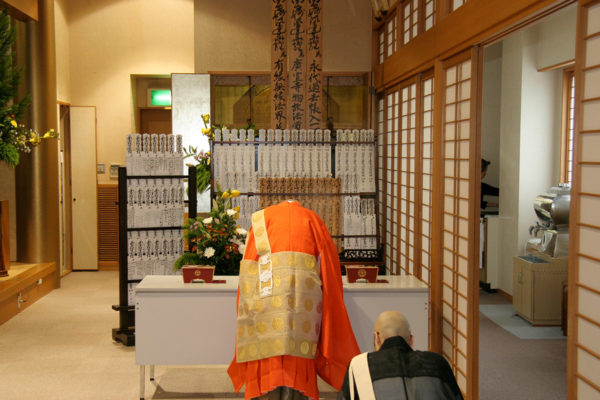 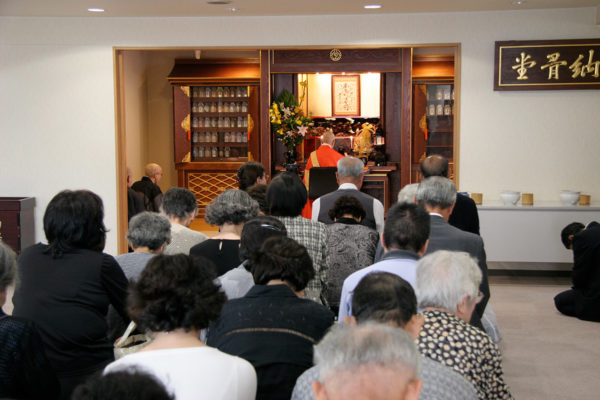 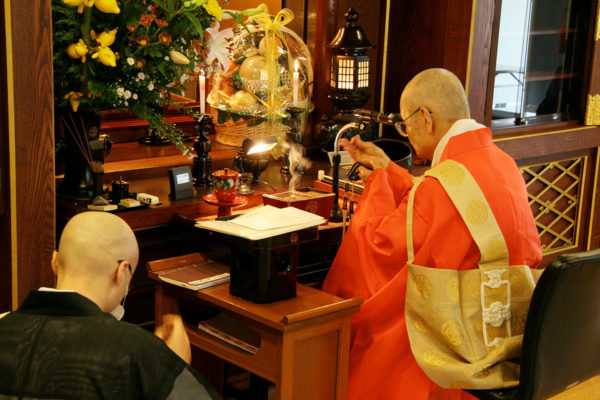 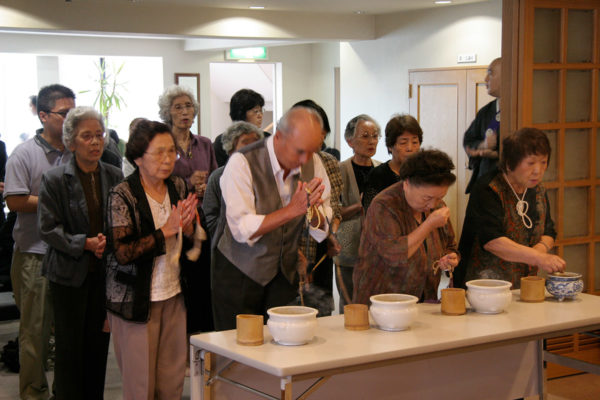 Hi in Higan literally means “the opposite side,” and Gan means “the shore.” The word Higan as a Buddhist term originally means “the world of Nirvana” or “the Pure Land” in which the Primordial Buddha lives on the far shore as opposed to this shore, the corrupt world in which we, foolish beings live. Higan is correctly an abbreviation of Tohigan, which was translated from the Sanskrit word paaramitaa into Japanese. Tohigan literally means “reaching,” and paaramitaa is the six practices of charity, morality, patience, effort, meditation, and wisdom that Bodhisattvas do in Mahayana Buddhism. Therefore, Tohigan means “crossing over to the other shore, the world of enlightenment, from this shore, the world filled with earthly desires and suffering by achieving the six Bodhisattva practices.”

From those stated above, Higan-e should be called essentially Tohigan-e and a Buddhist service to help people be released from sufferings in this world and reach Nirvana. Higan also should be the seven days so that people concentrate on paaramitaa, the six Bodhisattva practice.

During the time when Shakyamuni Buddha was still alive, people could have done the six Bodhisattva practices thanks to their excellent religious capabilities, but we, foolish beings live in Mappo period, have no ability to accomplish those harsh practices. Then what do we practice? It is said in the Sutra of Infinite Meaning (also called Muryogi- kyo in Japanese), introductory teaching to the Lotus Sutra:

Though unable to perform the six kinds of practice leading to Buddhahood—charity, observing precepts, perseverance, effort, meditation and wisdom—upholders of the Lotus Sutra will inevitably receive merits from practicing them.

So, we chant the Odaimoku, Namumyohorengekyo (this means upholding the Lotus Sutra in Mappo period), instead of practicing the six Bodhisattva trainings as Nichiren Shonin quoted the sentence above and explained the importance of chanting the Odaimoku in his treatise, Kanjin Honzon Sho (A Treatise Revealing the Spiritual Contemplation and the Most Venerable One).

Consequently, the practice of Tohigan can be accomplished by chanting the Odaimoku, Namumyohorengekyo. In Honmon Butsuryu Shu, there is a saying “Jo Bon*(1), Jo Higan.” Jo means “everyday,” so this means that we, HBS members, work hard at chanting the Odaimoku at home and temples and missionary works for Tohigan not only during Higan week but also through the year. Through these everyday Buddhist practices, we can naturally transfer the merits to the departed souls of our ancestors every day. In accordance with the Japanese custom, HBS holds a grand memorial service on both the vernal equinox and the autumnal equinox, but the achievement of Tohigan basically can be accomplished by continuous everyday Buddhist practice.

*(1) Obon
It is a three-day Buddhist holiday: August 13th, 14th, and 15th. People believe that Obon is the time of year when the spirits of the dead return to their former homes and families. People visit tombs or temples to mourn for the dead.