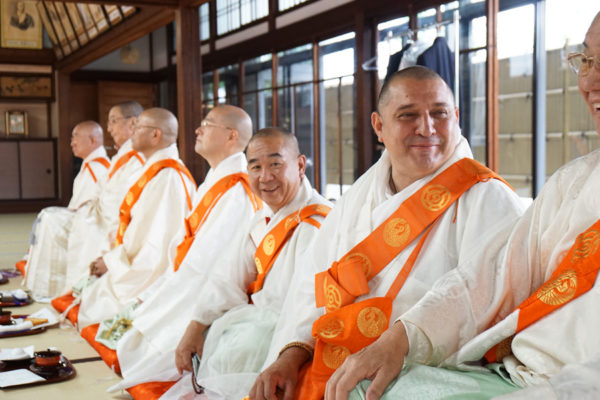 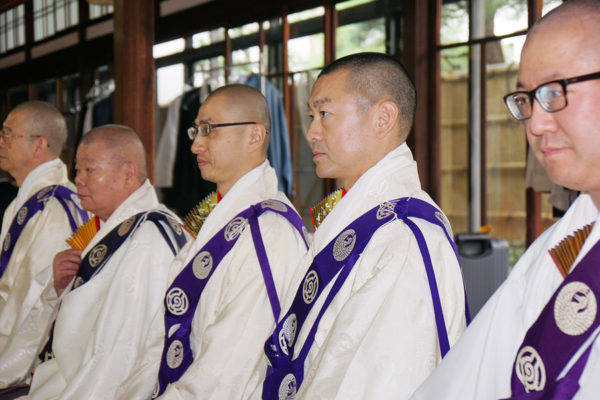 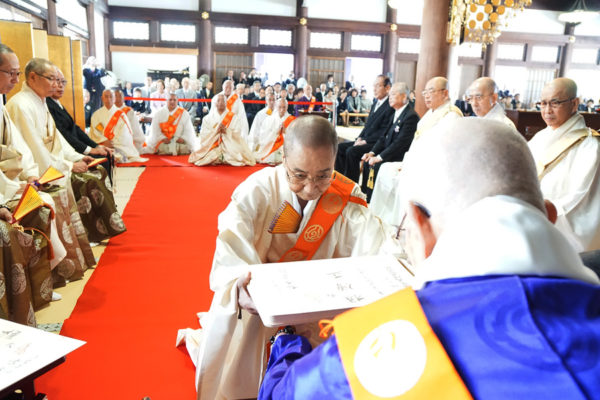 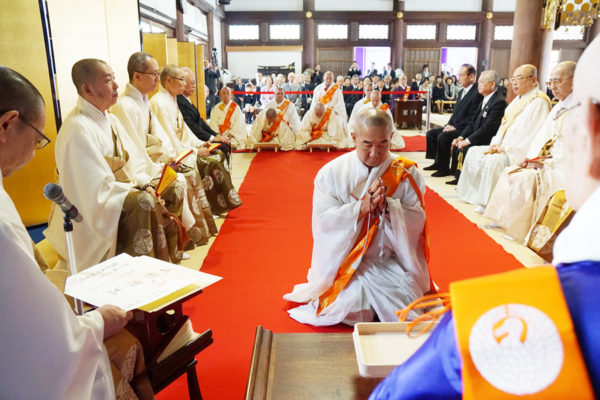 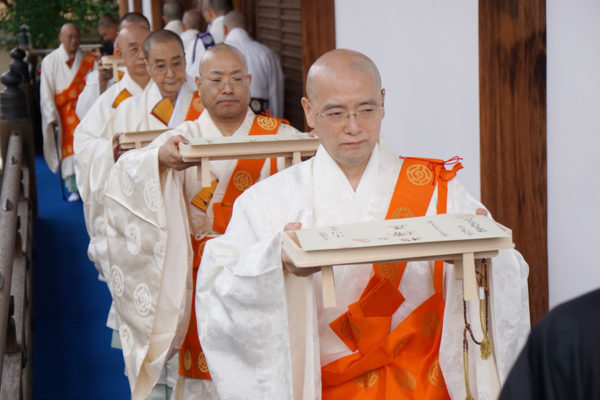 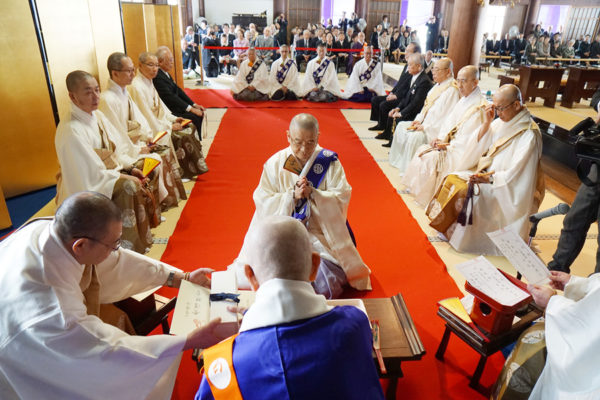 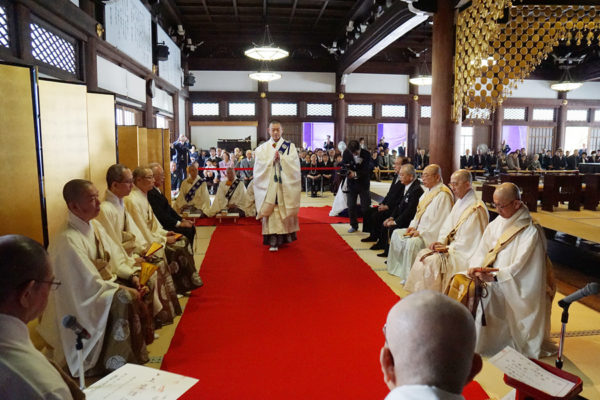 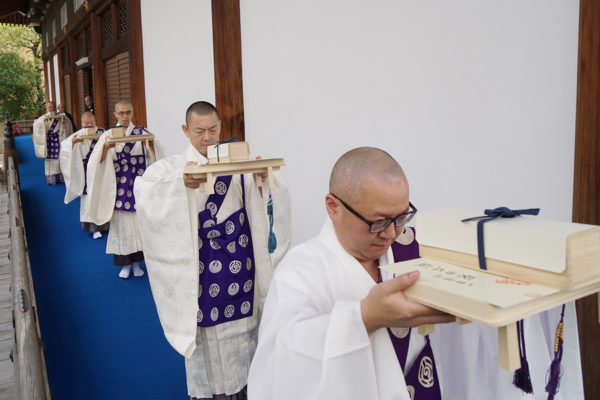 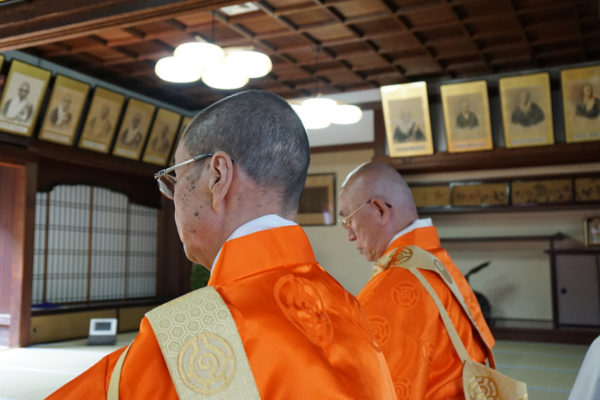 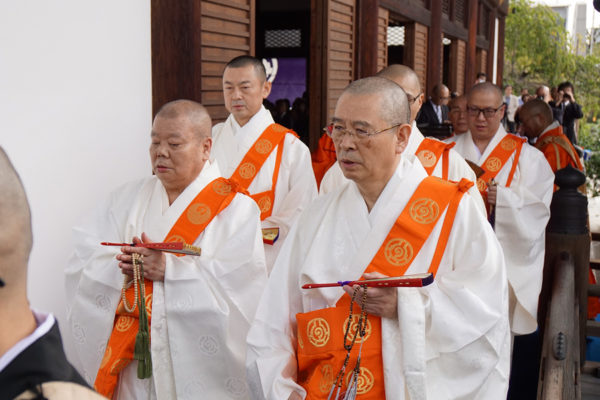 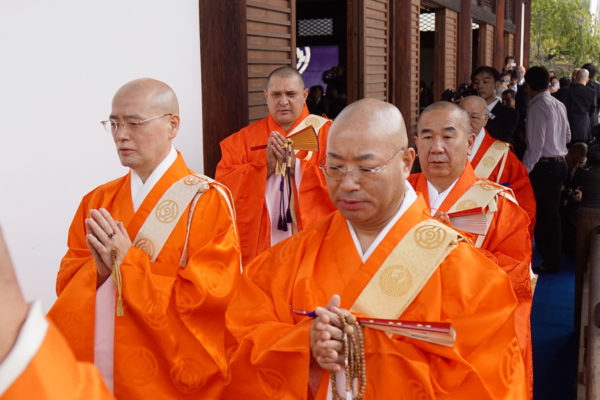 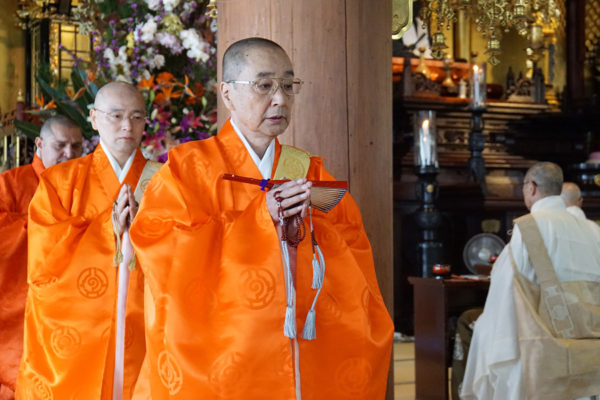 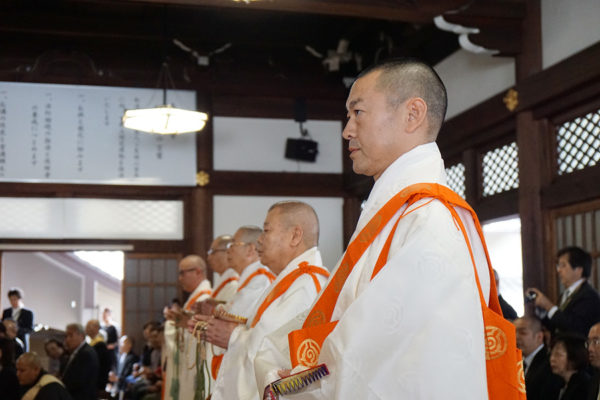 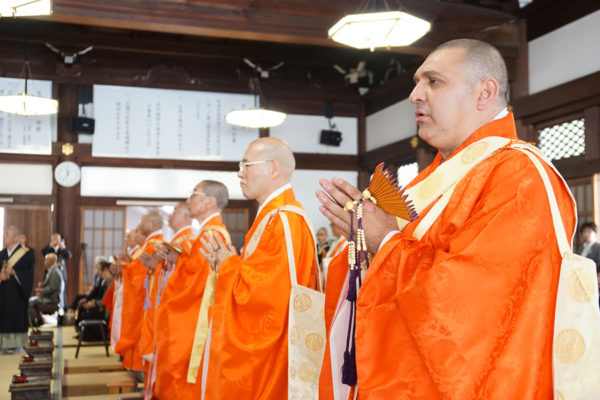 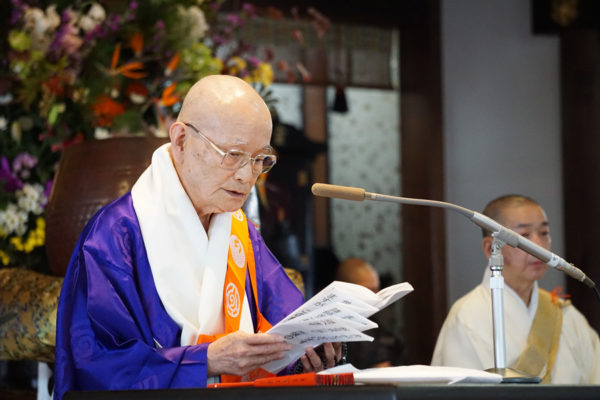 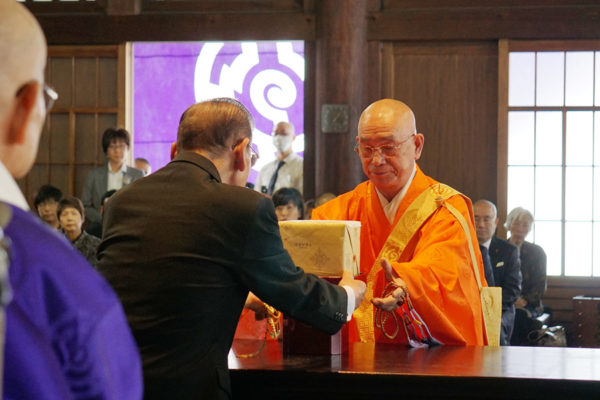 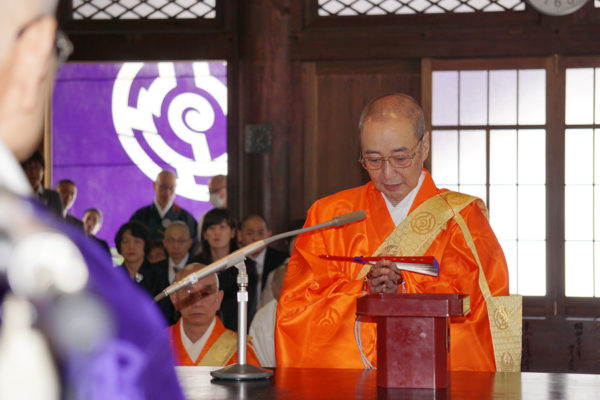 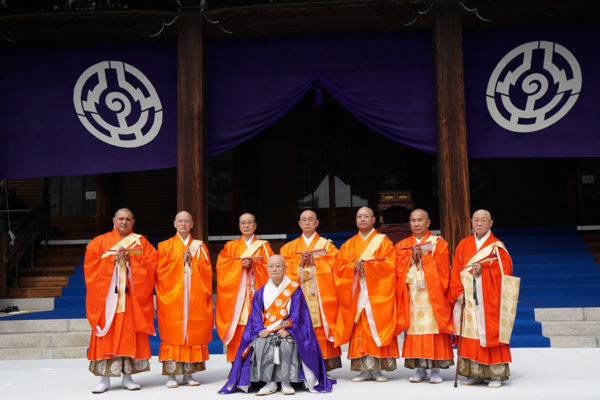 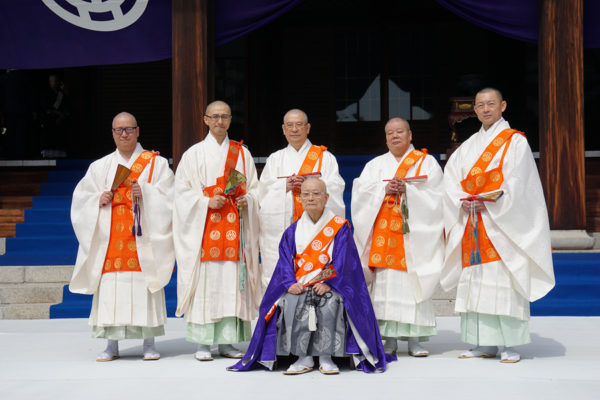 Once a year, a memorial service for Nichiren Shonin called Kosoe is held at the head temple Yuseiji on Sunday closest to the anniversary of Nichiren Shonin’s death, October 13. On the day before Kosoe, a promotion ceremony of HBS priests called Jonin-shiki is also held at Yuseiji. These two big events are the autumn traditions in HBS.

Jonin-shiki is a ritual to celebrate HBS priests’ promotion to Noke from Shoke. Noke literally means a “master of priests” and refers to Buddhist masters who take disciples and teach them and are able to enlighten lots of people. In contrast, Shoke means priests who still need to be taught.

In HBS, the following two things are permitted only to Noke priests.

After about 15 or 20 years since the start of one’s priest career, an HBS priest will be eligible to take a first promotion examination to rise to the rank of Joza (the first grade of Noke). After 5 years of Joza, a Joza priest will be qualified for the promotion exam to Gon-Sojo (the second grade of Noke). Once a priest passes a Gon-Sojo exam, there will be no more exams in HBS priests’ life. After becoming a Gon-Sojo, one will be automatically promoted to Sojo (the third grade of Noke) in 5 years. So literally means a “Buddhist priest” and Jo means “proper.” Therefore, if one becomes a Sojo Priest, that means he or she is finally recognized as a full-fledged priest.

There are still two more higher grades in Noke: Gon-Daisojo (the fourth grade) and Daisojo (the highest). The fixed number of Gon-Daisojo is fifteen and they are automatically appointed from the top in Sojo rank. Actually, Jonin-shiki is especially to congratulate priests on their promotion to Joza, Gon-Sojo, and Gon-Daisojo, so being promoted to these three ranks marks a major milestone in HBS priests’ life. Dai-Sojo is given only to Koyu and Koson. The Koyu is the highest-ranked and current head priest of HBS and a Koson is a priest who has retired from Koyu service. Koyu is supposed to be chosen by election once every four years.

The more Noke priests increase, the more HBS develops. That is why we, HBS members, have a grand Jonin-shiki ceremony every year.

(Oops, the blog content this time was so boring ‘cause neither ranks nor titles are necessary for Buddhist priests. How much he or she has spread the Odaiomku is important and could be worth evaluating!)