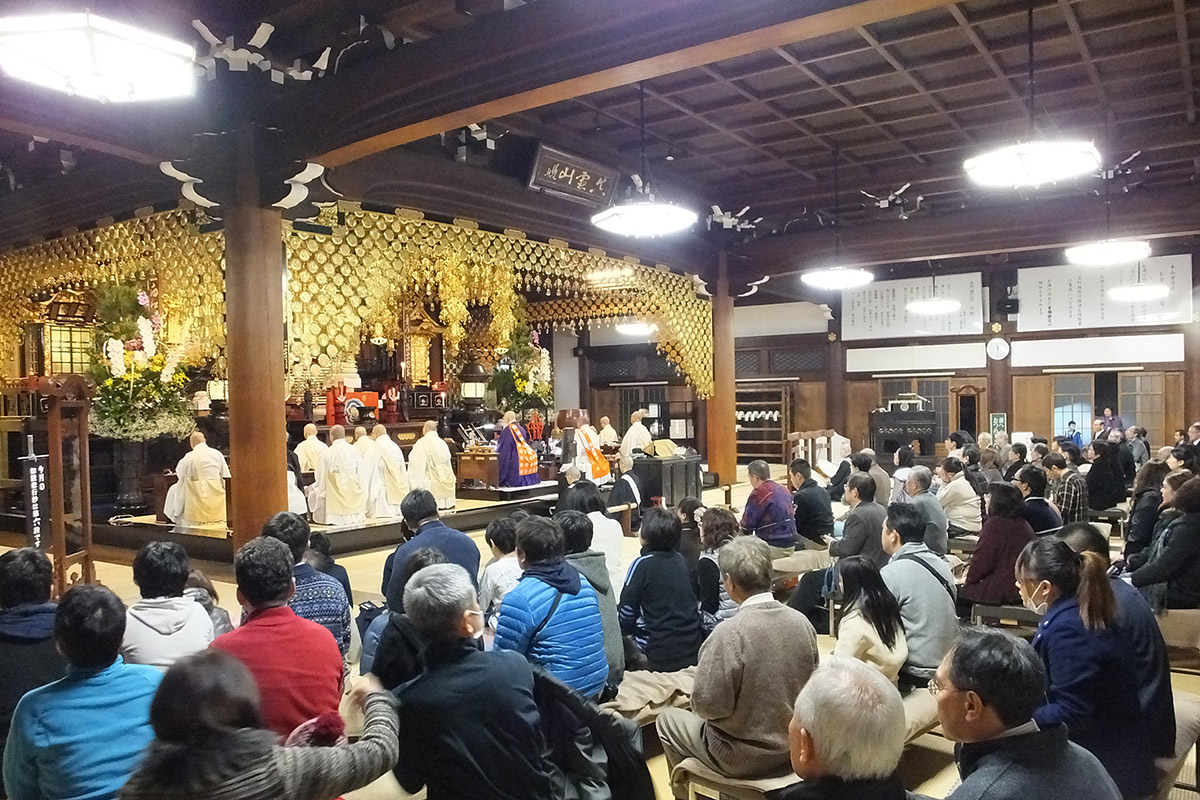 At the head temple Yuseiji in Kyoto, Joya Hoyo is held from 11 pm on New Year’s Eve just before Gantan-e starts from 12:00 am on New Year’s Day. The night of New Year’s Eve is called Joya. In general, it is famous that Buddhist monks strike a temple bell as 108 times as the number of worldly desires of human beings around midnight on New Year’s Eve so that people can erase their sins and purify their mind to greet the new year. This event is called Joya no Kane (Kane means a “bell”), and it is often shown on television at the end of the year.

In Honmon Butsuryu Shu, we hold a Buddhist service called Joya Hoyo (Hoyo means a “Buddhist service”) and sincerely thank the Gohonzon (object of worship) for making us avoid curses and live peacefully and quietly throughout the year. In Jyoya Hoyo, we also get ready for the new year by chanting the Odaimoku and pray for removing Zaisho accumulated through the year and accumulating Kudoku for the new year instead of striking a bronze bell.