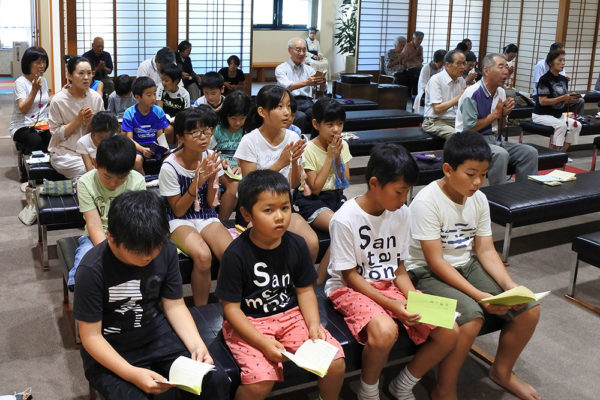 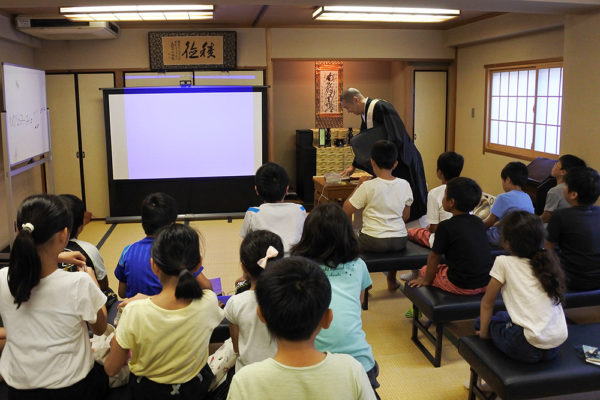 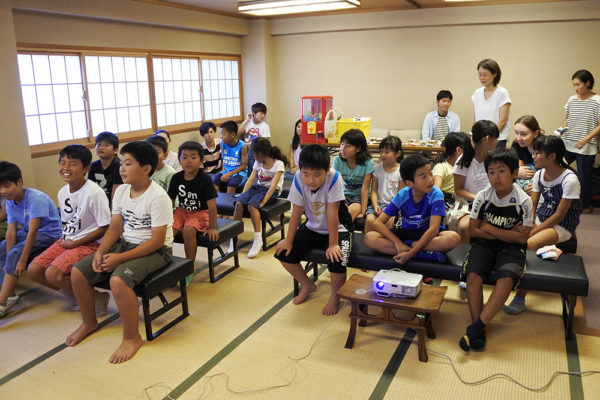 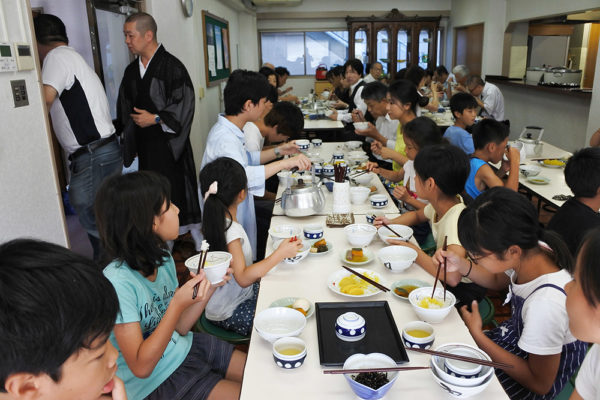 As well as Kan-shugyo, there is another period that HBS members devote themselves to Asa-sankei to discipline and improve their faith in the heat of the hottest season of the year. This period is called Kaki-sankei. Kaki means “in the summer heat,” and Sankei is “visiting a temple.”

Kaki-sankei is usually carried out during children’s school summer vacation so that parents and children are together able to visit a temple every morning. This is for parents to teach their children how HBS faith is important and make their children inherit their faith in the Odaimoku in the future. During Kaki-sankei, every temple elaborates an idea to make its Kaki-sankei fun for children: special Gohomon, especially for children, is preached apart from usual Gohomon for adults, children’s favorite breakfast is offered, or various indoor or outdoor recreations are performed after Asa-sankei finishes. The days that children spent at an HBS temple during Kaki-snake always become their best memory of the summer.