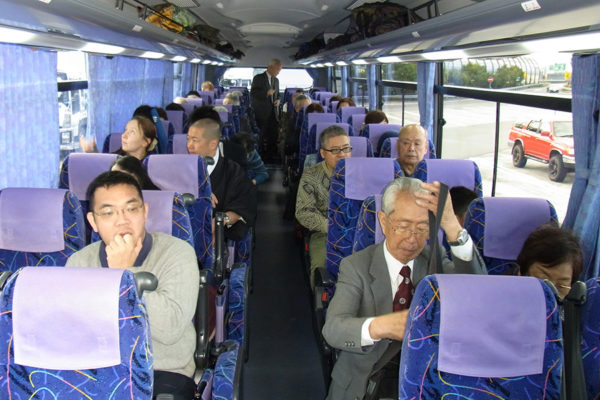 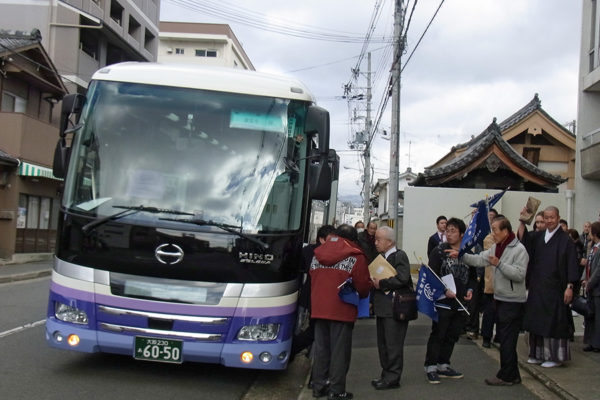 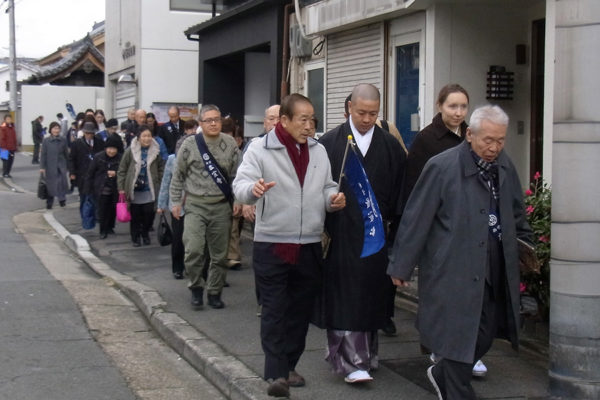 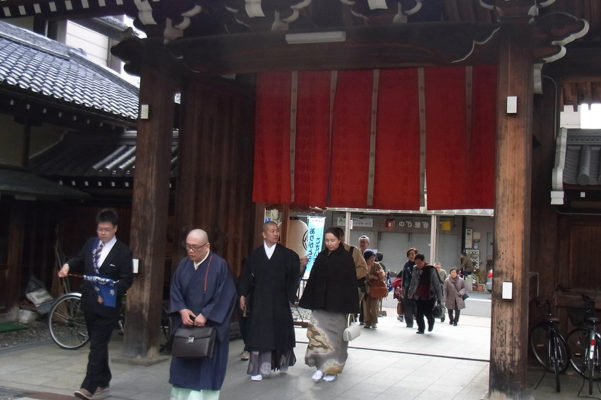 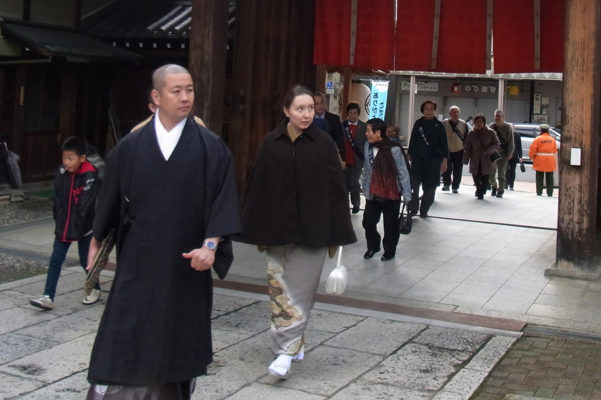 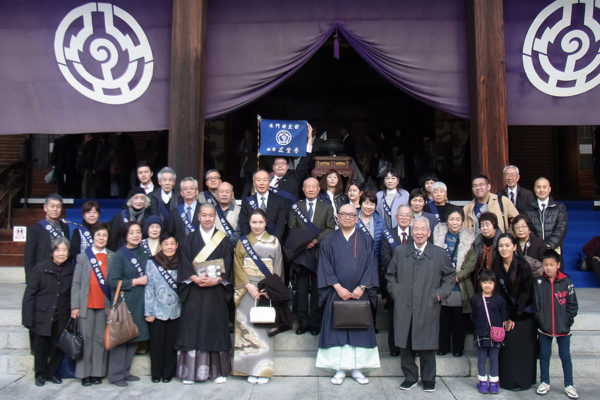 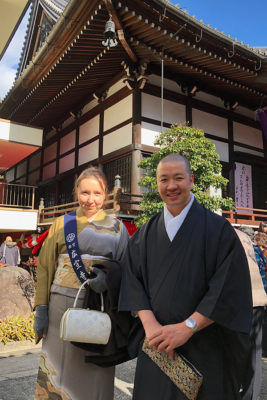 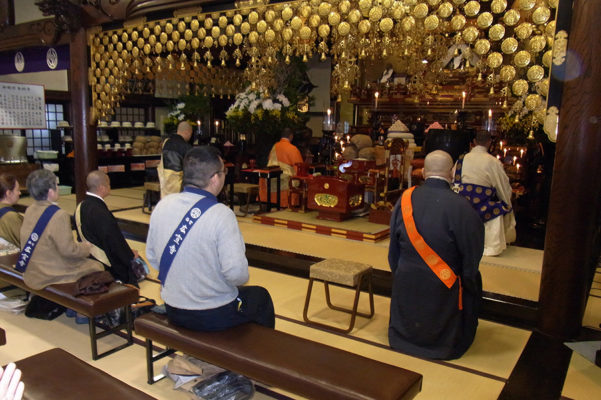 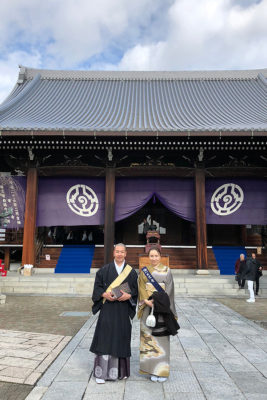 “I am always at the beginning…” – a quote widely attributed to Buddha. However, as I cannot identify the source I will not claim Buddha actually said that. I like the feeling though. Among other things, it makes you remember there is always a path ahead.

It was really hard to decide where I should start my story, because there are so many beginnings. However, it seems a new year is always a birth of something new in a natural way, so why not start from there…

In Japan there is a tradition to visit Shinto shrines during the first threedays of the new year (such visit is called hatsumōde – meaning something like first prayer of the year). Many people want to go to famous shrines to get new protection amulets and fortune slips telling them if the year that just started will be good for them. It’s a curious mix of superstition and fun and to be honest I’m not sure how many Japanese honestly believe any of that. I always found it rather strange, as most people do not actually bother to pray to Shinto gods any other time of the year, so why would they suddenly remember about them in January?

Of course Honmon Butsuryū Shū followers do not visit Shinto shrines, as such places hold no meaning to us at all beyond sightseeing attractions. Instead, the tradition is to if possible somehow connect to the beginnings by paying a visit to one or a few of the temples related to Master Nissen – the founder of HBS – and thank for getting safely through another year.

This kind of new year temple visit is called 元旦参詣 (Gantan Sankei) and actually, as there are only a few temples related to Nissen Shōnin in Japan and they are all in Kansai area – Kyoto, Otsu or Osaka, followers from other parts of Japan, not to mention the world, would have to travel very far to visit any of them. That’s why this tradition is also mostly limited to Kansai area temples.

So, anyway, this year I could partake in this tradition for the first time. On January 1st after the morning service (which was actually our first new year prayer) finished I joined a group of followers from Kōsenji (the temple where I currently live, as my husband is one of the priests serving there) and we went first to Kyoto to pay our respects at the head temple of Honmon Butsuryū Shū – Yūseiji (宥清時) and then to Otsu in Shiga to visit the first temple that was erected with the funds and help of actual HBS followers during Master Nissen’s lifetime – Butsuryūji.

It was a rather beautiful and not particularly cold day in Kyoto, considering the season. We had to walk a little from the bus to the temple. As we were passing the gate of Yūseiji I could already hear big taiko drums echoing from the main hall. There were a lot of people everywhere – coming, leaving or waiting. Although it was not my first time to visit the head temple, I was a little nervous, as I suspected I would be the only foreigner there. I could feel people’s eyes on me and that is never a comfortable situation. However, as soon as we entered the hondō (Japanese name for the main hall of a temple) and the chanting started I forgot all about my worries. The head temple is pretty spacious and it was full of people. The floor is covered with tatami mats and the interior smells of old wood and grass and incense. The low murmur of the drums seemed to penetrate everything but it didn’t drown the voices of the chanted sutra. When we found a place to sit and joined in the chanting I could fully feel the solemn and festive atmosphere of the ceremony. Unfortunately we couldn’t stay long as we still had to go to Otsu…

Shiga prefecture is a little north of Kyoto nested around the biggest lake in Japan – Biwako. As Kyoto is filled with shrines and temples, many people go there during new year’s vacation, which means the traffic is even worse than usual (Kyoto seems to overflow with tourists every single day). It took us quite a while to get out of the city, which meant we could eat a simple early lunch on the bus. We got to Butsuryūji around noon. I had never been in that temple before. It is located near a very busy road among other buildings, so the place doesn’t seem special at first. The moment you pass the gate, however, you can feel the atmosphere of old.

The main hall is not so big but because it’s right past the gate – appearing suddenly as if out of nowhere – it seems more impressive than it actually is. As soon as you enter, you are embraced by a warm welcoming atmosphere of the place. Butsuryūji is not even half as grandiose as the head temple in Kyoto, but for some reason I loved it much more. I felt I could stay there forever – didn’t want to leave at all. After the service finished we were all treated to some amazake – a sweet drink that Japanese people like to enjoy hot in winter. Sometimes it might contain a little alcohol, as it’s basically made from fermented rice just like Japanese sake. Either way it was delicious. However, we didn’t really have much time to enjoy the hospitality in Otsu as it was time to go back to Nishinomiya after a day full of adventures.

I really do hope I will be able to visit Butsuryūji again someday, when I have more time and it is less crowded. I’d like to enjoy it slowly and savor the atmosphere of the place.

There are actually three more temples related to Nissen Shōnin that people often visit, especially on the occasion of the new year. One is named Gitenji (義天寺) and is located in Osaka. It’s a place where Master Nissen passed away. The other two are in Kyoto – Tanjōji (誕生寺) and Chōshōji (長松寺). Unfortunately I haven’t had a chance to visit them yet.