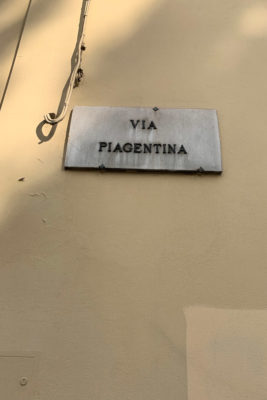 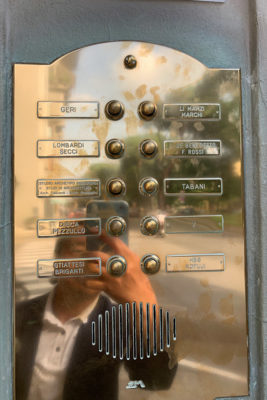 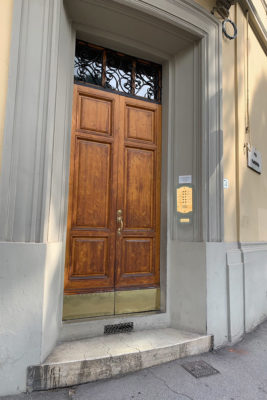 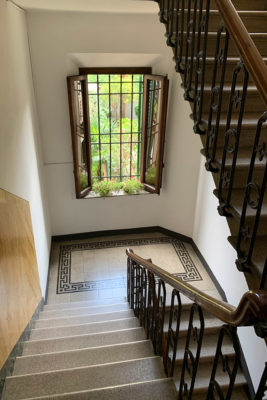 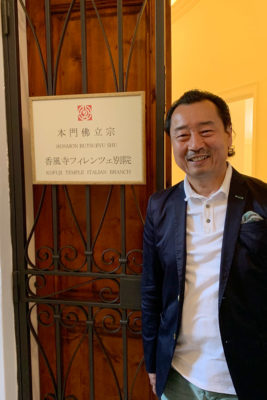 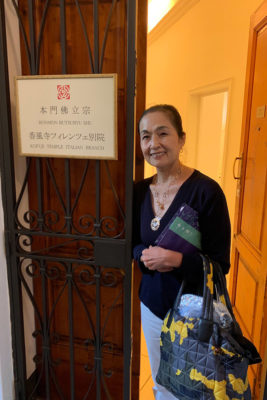 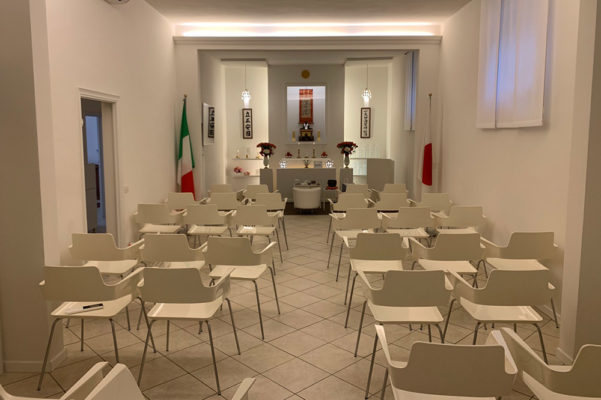 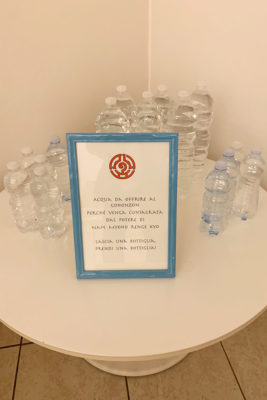 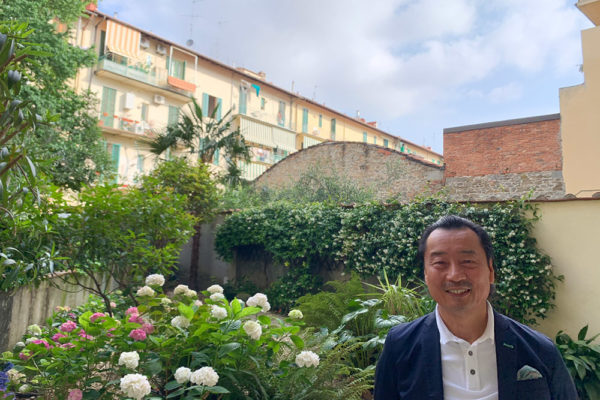 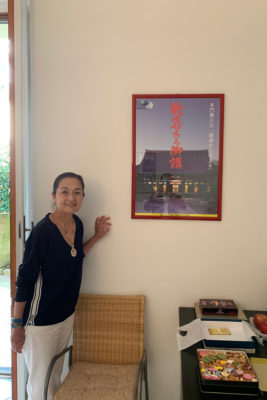 Though it may be a bit long, I would like to share a wonderful story with you. I was born in January 1953 as the first son and the fourth child among four brothers and sisters of the Katayama family. My grandmother was so happy because her family finally received a successor after having three girls. When I was born, our house was within the Kurashiki Bikan Chiku, which is a beautiful sight to see in the area of Kurashiki city. My grandmother took care of me instead of my parents because they were running a small dinner in front of Kurashiki station. They lived on the second floor of the premises every night due to the long work hours they put in. That is why my grandmother was like a real mother for me and my siblings. Since she was a devout follower of Honmon Butsuryū Shū, the best memory of my grandmother is her appearance from behind and her voice when she was chanting Namu Myōhō Renge Kyō every morning and evening in front of our family Buddhist altar. My grandson is now ten years old, so the age difference between him and I is fifty-six; the same difference between my grandmother and I. She took care of me as I do my grandson now.

My grandmother and my siblings used to sleep together on futons in a tatami room, and she taught us how to recite the formula of Mushiirai every night before going to sleep. “Everyone, recite after me, she said. “Mushiirai Hobōzaishoo….’”. Often, she would tell us to wear pocket Gohonzons saying, “Kids, you can hold your pocket Gohonzons and recite Namu Myōhō Renge Kyō whenever you feel scared or get antsy. Buddha will come to you and protect you.” Furthermore, she often took me to a Buddhist service called Okō which is held at the followers’ place because she knew I was so happy that I could get so many sweets and snacks from the Oko.

My dearest grandmother passed away forty-six years ago, in March 1973, at the age of seventy-six. That was when I was a senior university student. In August the same year, I had a plan to do a language study abroad at Hawaii University, which I had been planning one year ago. People around me said, “You shouldn’t go abroad on the year your grandma died”. So, I consulted with the Chief Priest of Myoshōji Temple at the time. He said, “Your grandmother is not going to stop whatever her grandson wants to do. You should go to Hawaii.” When she was alive, she had supported me going on a study abroad. And so I decided to go to Hawaii to attend a one-month intensive language school in June the same year. During my time there, I carried a picture of us together.

Consequently, this short-term study in Hawaii led me to find the job I have now. While studying in Hawaii, I wanted to go to Los Angeles because of a famous boutique I was familiar with. It was called Brooks Brothers and it attracted me so much when I was a university student. I took one week off from school to visit the Brooks Brothers shop and I was so happy that I could finally make my dream come true. This experience is strongly related to my blessing story.

This June, my wife Sueko and I had an opportunity to visit an HBS temple in Florence, Italy. Our business trip there was to join Pitti Uomo (in English, “Pitti Men”), which is one of the world’s most important events for men’s clothing and accessory collections. It is held in January and June annually. When we visited a temple in Hawaii last year, I recall being so moved by our trip there, but our trip to Florence was particularly special. When we joined the morning service on June 12, about ten followers, including the Priest, (Ryosei Chiaffi) welcomed us with the Japanese word “Arigatogozaimasu,” which is the phrase used when HBS members greet each other. I was so touched! The last time we went to Florence, we couldn’t even enter the temple because we didn’t have an appointment and the gate was locked. However, Reverend Ryosetsu Ikemoto (Priest at Myoshōji temple in Japan) contacted Rev. Chiaffi and we were finally able to visit the temple and join their service.