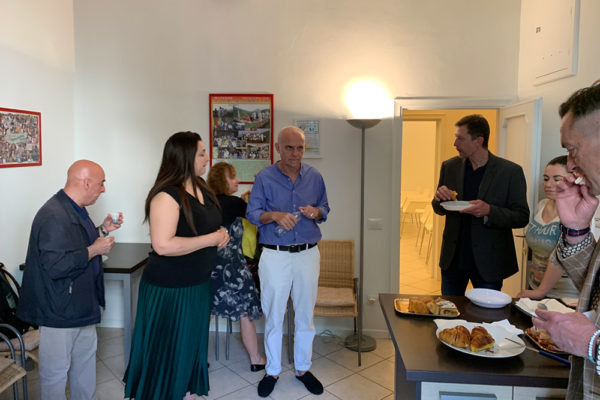 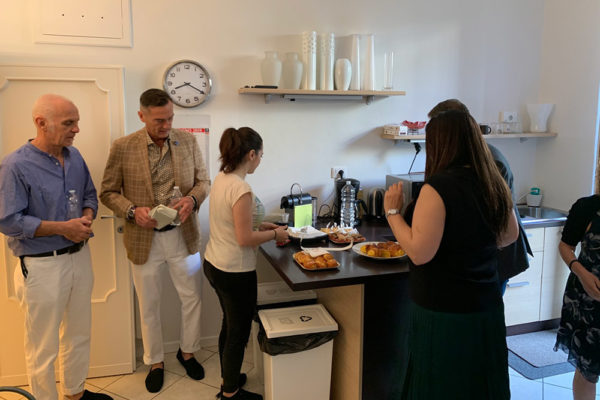 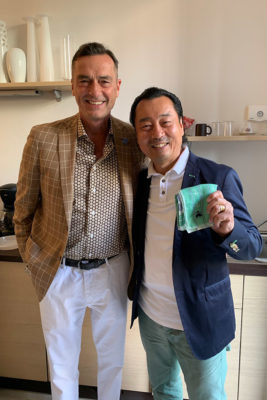 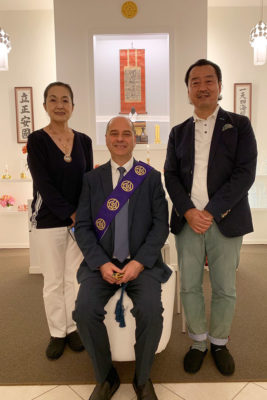 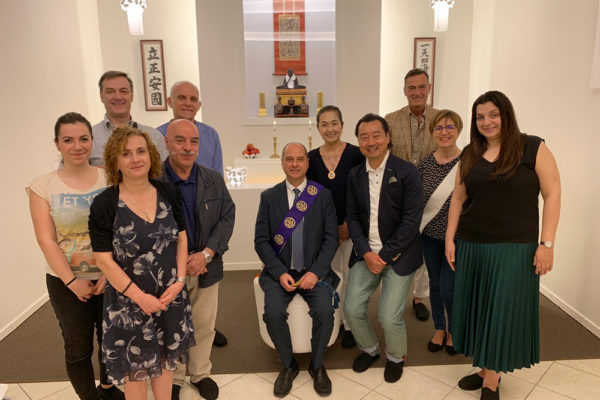 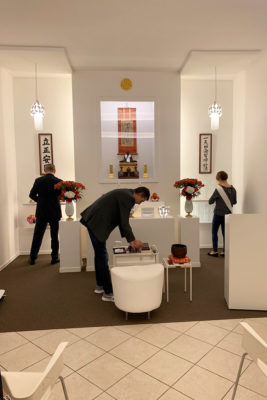 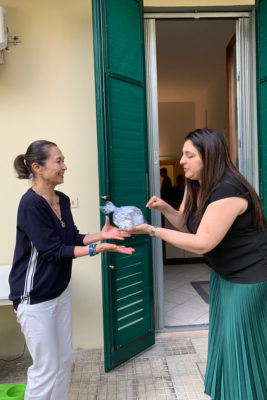 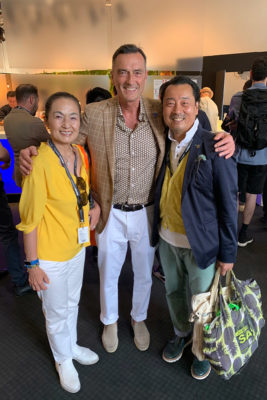 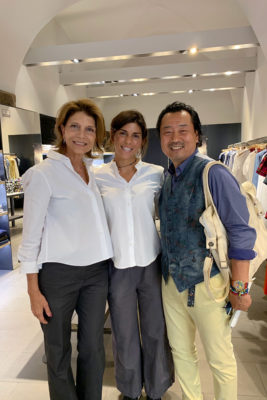 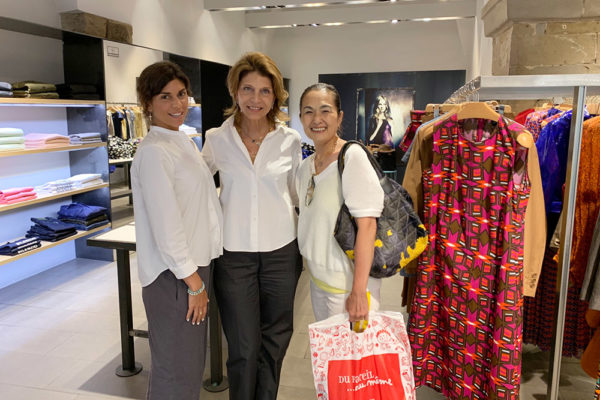 They showed us to the main hall which has about sixty-six square meters of flooring, surrounded by a white wall. The morning service began with Rev. Chiaffi’s voice reciting the Mushiirai no Gomon in formula in Japanese. When I closed my eyes and joined my hands in prayer, I remembered my grandmother’s smile and at that moment, I knew. Everything that had happened in my life up to that point, was due to the Buddha’s guidance, along with the inspiration and help from my late grandmother. There are HBS temples in foreign places where we often visit for business trips; Hawaii, Los Angeles, and Florence. I am sure I owe what I am to HBS and to my grandmother’s strong faith. As I proceeded to chant the Odaimoku, I was deeply moved. And as I sat there in front of the altar of the temple in Florence, I was overcome with tears of joy. I could not help but feel so grateful to my grandmother for her guidance and inspiration.

After the morning service, we were served a delicious sandwich and some very, nice coffee in the adjacent room. I noticed that there was a gentleman who was dressed very stylish. He came up to me and inquired, “Have you come to Italy for Pitti Immagine Uomo?” I replied, “Yes!” He mentioned that he was also attending, so we exchanged business cards immediately. I also discovered that Mr. Andrea Mazzanti, who works for the world-famous American apparel brand Brooks Brothers, was the creative director of the brand! I was amazed. The very soul of the apparel brand which had attracted me in my youth and gave me the opportunity for my current job would also be there. When I met Mr. Mazzanti, I told him about my younger days and I showed him a handkerchief that I had used to wipe my tears during the service in Florence. Turns out, that handkerchief was designed by Brooks Brothers! He mentioned that he had also loved Brooks Brothers ever since his youth. Before parting, we both agreed to meet again one day at Pitti Uomo, even though I knew arranging a visit may be difficult due to the complexities of making the arrangements.

In the afternoon of that day, my wife and I went to the Pitti exhibition as planned. There were many booths on the site, and suddenly we stopped in front of one. My wife and I looked at each other and said, “We still have much time, and for our study, let’s go in and check this booth out.” Soon after, we ran into Mr. Mazzanti. He was with his friends and we were so surprised to see each other. We all greeted one another with “Arigatogozaimasu”. He explained to us that his wife runs a boutique in the middle of Florence and he suggested we stop by. He also wrote a map for us on the spot and gave it to us! What a kind and thoughtful gesture!

The next day, we went to his wife’s shop. It was one of the directly-managed shops of ASPESI, which is currently one of the most popular Italian, apparel brands. Their daughter was helping her mother and they warmly welcomed us. The brand ASPESI looked so attractive to us, but we’ve never dealt with that brand at our shop in Japan. My wife was very interested! Before we left, they asked that we stop by the next time we come to Florence. They treated us so nice and I was really moved by these unexpected and wonderful encounters with Mr. Mazzanti and his family. In my heart, I knew that this experience must have been because of the guidance of Buddha and my late grandmother.

Soon after coming back to Japan, the import agent (which we have had business with for a long time) contacted me and said, “We just started to deal with a new brand from Italy.” Later on, I received an invitation letter from the agent, and it was for the new collection of ASPESI! I was so surprised when I saw the invitation that it gave me goosebumps! I immediately had our daughter and son-in-law go to Tokyo to talk to the agent in order to start handling ASPESI at our shop.

There were times that I felt I was being guided by Buddha and by my late grandmother in my life before. I knew that everything I had experienced was because of something great surrounding me. Everything in my life has led up to this point and it is with deep gratitude and determination that I vow to keep holding fast to my faith. I inherited this beautiful faith from my grandmother and it shall be handed down to my descendants as well.

Translated from Japanse into English by
Ryosetsu Ikemoto