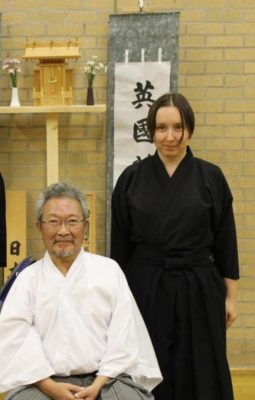 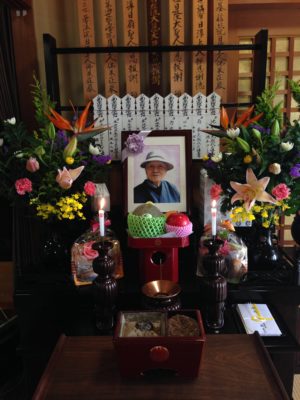 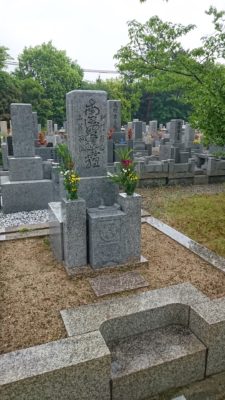 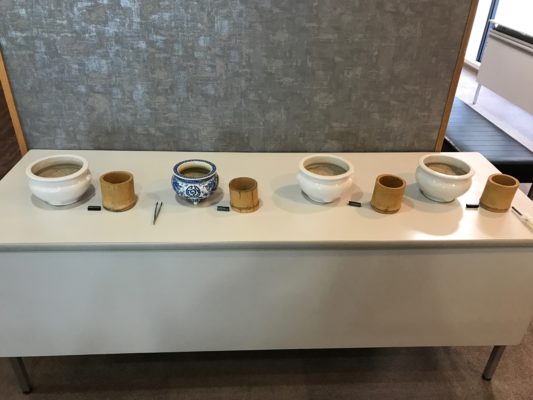 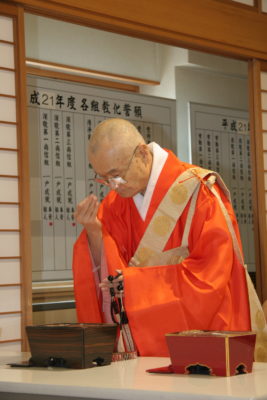 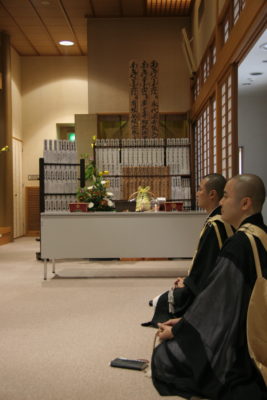 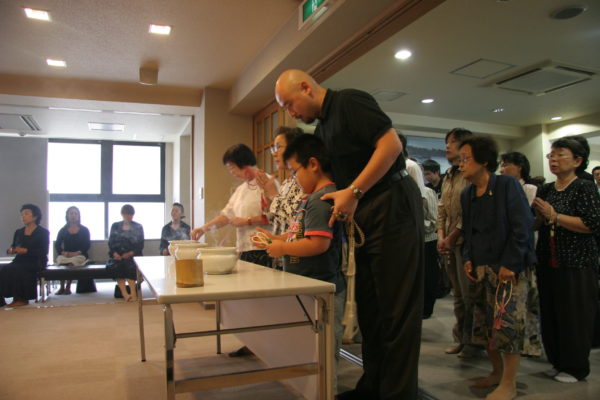 In Japanese culture there is a strong connection with ancestors that is manifested in many ways. In Shinto religion there is cult of ancestors and people pray both for and to people who passed away. Praying for them might be similar to what people do in the West when they pray for peace and salvation of souls belonging to those who already passed away. Praying to dead people is more interesting though. It seems like people are enshrined in Shinto shrines after death not only because they were awesome but also because people are afraid of them and want to somehow appease them, so that those souls do not cause any harm to anyone. If you have ever seen some Japanese horror movies, you probably know that the idea of a vengeful spirit is very strong in Japanese folklore…

A lot of Japanese Buddhism, on the other hand, has been widely focused on all things surrounding death for a long time now. So much so, that to most Japanese people Buddhist temple is a place you only visit in connection to funeral or praying for the dead. Some older people also turn more to Buddhism to kind of prepare for the coming death – they go to pilgrimages and start chanting sutras as they realize their life might be ending soon.

A regular Japanese person would associate Buddhism with praying for their ancestors – a priest would usually visit their house and pray at their family Buddhist altar on the anniversary of their parents’ or grandparents’ deaths. These kinds of very personal occasions are when most people clean their home altar and offer some flowers and food on it. However, there are also more widely celebrated events. Japan has three Buddhist holidays throughout the year devoted to those who already passed away and their souls. The main one is in the summer and is called Obon. I’m not going to write about it today though.

The other two are both called Higan or Ohigan (if you add the honorific). They are celebrated during spring and autumn equinoxes and they are unique to Japanese Buddhism. If you consider the name of the holiday, they originally seemed to be the time for people to concentrate on their Buddhist practice so they would be able to achieve enlightenment and become Buddhas after death. In the old times these holidays lasted a week each with the equinox in the center. Apparently the timings were related to the peaceful weather and not much work to do in those seasons. If we take into account that it was the Shinto religion which was more concerned with the cycle of nature, and Buddhism and Shinto became really entangled at some point, it might be that Higan being held around equinoxes had some other meaning too. As time passed the holiday became shorter and the original purpose was kind of lost as Japanese Buddhism focused more and more on death and the souls of the departed.

Therefore now we are left with two one day holidays held on spring and autumn equinoxes respectively. And both are focused on praying for the souls of our ancestors and making sure they are at peace.

Honmon Butsuryū Shū is not a typical Japanese Buddhist sect in that it doesn’t really focus on death alone. However, we do celebrate Higan and pray for our ancestors on this occasion while offering incense. Usually many people visit temples on that day.

For me personally it’s a special time to think about my grandfather and my iaido teacher – they both passed away recently and left a big gap in my life that I haven’t been able to fill – and about other family members and friends who are no longer with me but who enriched my life and taught me something through their presence.

Also through marriage somehow my husband’s family and ancestors became close to me in a way and Higan always makes me realize that over again.